Please define mid life crisis-is it all in the mind or real?  How much do hormones have to do with it?

It is difficult to say. Experts believe it is caused due to a combination of psychological and or hormonal issues. There is much h debate among experts and researchers that not only is the existence of the mid-life crisis questionable, those who believe it exists also disagree about the causes. Is it psychological, even sociological, in origin? Or hormonal? Or a bit of both.

“Aging is inevitable, but getting “old” is entirely optional!”- Lisa Levine

As studies reveal, it is believed  by psychologists and doctors that men experience these symptoms in their late thirties to the fifties.  Research indicates-

What are the Symptoms

Those doctors and psychologists who believe the mid-life crisis is a genuine condition have identified a wide range of symptoms. Frequently reported problems include:

Some men may also be affected by:

Several of these symptoms, occurring together, might understandably provoke a sense of crisis in a man.

Researchers compare midlife crisis to that of menopause in women. Although menopause implies strictly  to cessation of menstruation, they believe if there is a male equivalent to this crisis, the experts have yet to agree on the name:  The  terms “andropause”, “viropause” or “endopause” have all been put forward, however none have been confirmed. It is believed that the male menopause has been defined by its proponents as the hormonal, physiological and chemical changes which occur in men between around 40 and 55.

It’s argued that the symptoms of the “male menopause” as some address it– the main one being a loss of libido – are caused in middle-aged men by the decreasing level (and effect) of testosterone, the hormone responsible for secondary sexual characteristics such as muscle strength and facial hair, as well as sexual drive and the production of other hormones, such as DHEA (dehydroepiandrosterone).

Researchers believe that testosterone levels gradually decrease from the late 20s, and, by the time a man reaches 80 they will be at pre-puberty levels. However, unlike estrogen in women, there is no sudden, measurable drop in testosterone in men in middle age, and often the testosterone levels of men complaining of andropausal symptoms can still be measured as normal.

What are the implications of a mid life crisis-how does it affect relationships with wife and family, career, home life, and overall mental health?

It is believed that feelings of disillusionment and irritability sets in at middle age  when  heightened sense of our own mortality and/or feelings of dissatisfaction at the way life has turned out steps in.  Many times, such gloomy insights are often brought on by a particular trigger: a set back in the marriage, or a divorce, or even more trivial event like a milestone birthday.

A society which puts a very high emphasis on youth and its merits it’ becomes difficult for many people to move smoothly into their middle years.  Some men reaching mid-life may feel a loss of masculinity and confusion about their future role. Divorce, insecurity at work and the changing role of men add to the uncertainty many feel during this time of transition.

Many men find the changes in sexual function extremely difficult to accept and cope with especially if they had a very satisfying and highly sexual life.

By middle age, men may have achieved most of their realistic goals and be unclear about their future direction. Relationships may also change, and are often adversely affected, especially when children leave the parental home.

Men are better educated, healthier and likely to live longer when they enter mid-life than at any time in the past. This can lead to a greater degree of reflection, and often, introspection, on what has happened during the first part of life and what the future holds.

Sleep may be another factor. According to a report in the Journal of the American Medical Association, mid-life crises may be linked with a growing inability to sleep deeply. Men in their 30s and 40s sleep far more patchily and lightly than in younger years – even when they sleep the same number of hours as before. By the age of 45, according to the report, few manage deep sleep at all, leading them to grow fatter and more unfit because they cease to generate growth hormone.

How can a man avoid this?

How men can avoid mid –life crisis all together or if feel it is happening to them. What they can do to help themselves?

Why is it important to say, “please” and “thank you”?

Journaling and its benefits on your Mental Health 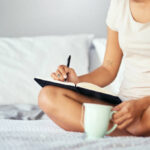 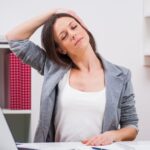 Journaling and its benefits on your Mental Health

Why is it important to say, “please” and “thank you”?